A tale of driving ambition 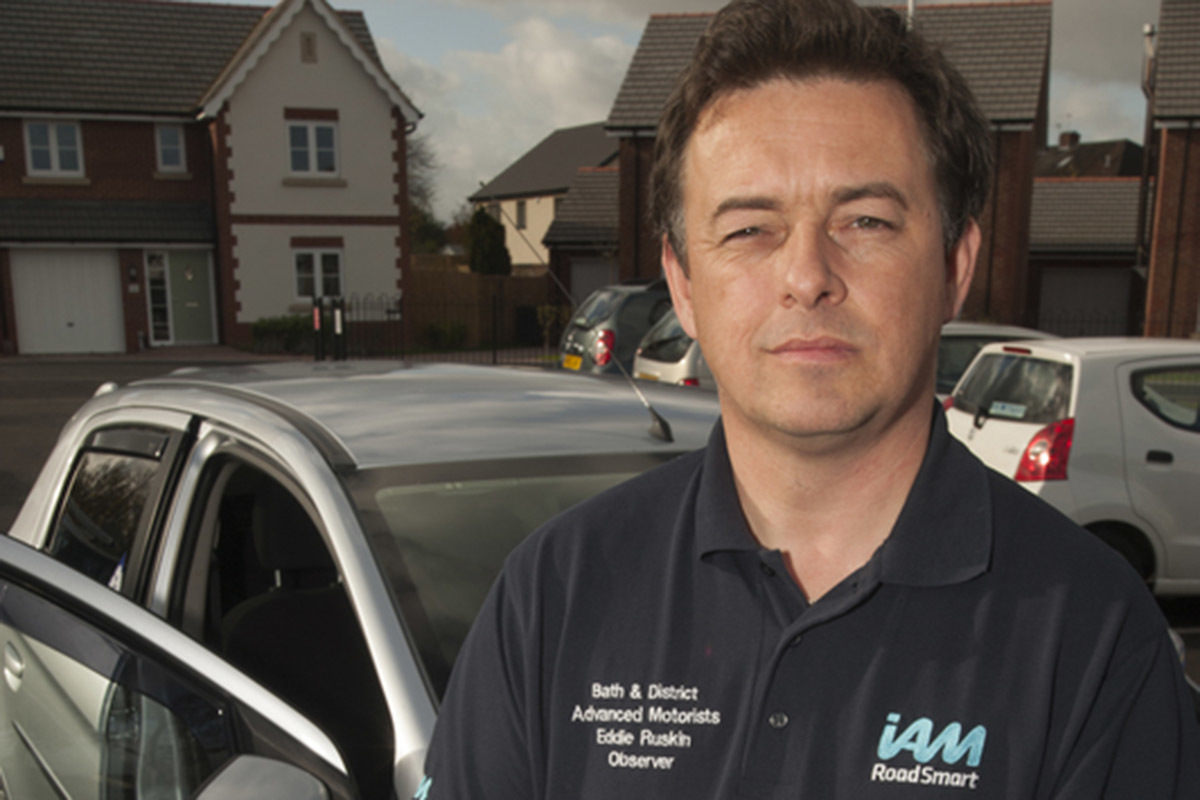 A major stroke in 2014 was never going to put the brakes on Eddie Ruskin’s passion for cars and driving.

He now plans to drive the 874 miles from Land’s End to John O’Groats in just one day – 21st June – to raise money for Bristol Area Stroke Foundation.

He has specially adapted his car, a Mitsubishi Mirage, to cope with the fact he only has one hand that he can use, and is also taking advantage of driving on the longest day of the year: he has until almost midnight until dusk reaches John O’Groats.

Eddie Ruskin, from Yate in South Gloucestershire, suffered a major stroke in November 2014 at the age of just 45. It left him with paralysis on his left side and, whilst he can now walk with the aid of a leg brace and walking stick, his left arm still has very little movement.
Eddie’s determination to be able to drive again led him to complete the training and reassessment needed in record time to regain his licence, and he has even qualified as an advanced driver with the Institute of Advanced Motoring able to do police level driving – all since his stroke.

The stroke came completely out of the blue, and the moment he realised something was wrong is still very vivid for Eddie: “My phone dropped from my hand. I saw it drop and noticed I did not feel it leave my hand.  “I was alone in the workshop in the dark and cold. Realising that an ambulance wouldn’t find me where I was, meant that the only thing to do was drive home. My wife then called an ambulance. The doctors still have no explanation as to how I drove home and could still remember everything that happened.”

Since the stroke, Eddie has worked extremely hard to regain movement on his left side and went to Bristol Area Stroke Foundation to get additional support with his physiotherapy. He attended their Next Steps programme developed in partnership with the Faculty of Health and Applied Sciences at the University of the West of England.
Eddie recognises that, as well as his will to recover, he has been incredibly lucky. Not everyone is able to do the things he has been able to. Many people suffer a range of complications after stroke - including muscle weakness, paralysis, cognitive and sensory issues, and psychological problems such as depression and anxiety.
He still feels that he doesn’t have his previous energy levels, and this fundraising challenge is as much about proving his stamina as it is about indulging his passion. On the journey, he will have Andrew Heaton sat alongside him in the car, who is another advanced driver, acting as navigator and keeping him alert.

Eddie’s challenge will raise much-needed funds for Bristol Area Stroke Foundation, which helped in his recovery. The charity supports over 700 people every year to recover from a stroke, but was recently advised that a large part of their financial support is now under threat due to local authority and NHS cut backs.
You can support Eddie’s fundraising challenge by going to:
https://www.justgiving.com/fundraising/Edward-Ruskin

I have been a life-long car enthusiast - even to the point of running my own business, repairing grp bodies on kit, race and classic cars.
In November 2014, I came very close to losing everything. Two strokes struck only five minutes apart, followed by a brain haemorrhage two weeks later. Within hours I was paralysed down my left side; and, within days, the hospital predicted I would never walk, drive or work again.
Life as I knew it was over in a flash - just as it is for 150,000 other people each year in the UK who suffer a stroke.
The fight back started right there on the hospital bed. Two months, and a lot of physio later, and I was just about walking, so I was able to return home.
A lot of work in the gym followed; and with help from Bristol Area Stroke Foundation, I was able to gain more movement, independence and even attempt the assessment to return to driving.
Normally, there is only a 50/50 chance of driving after a stroke, and for me it meant the world - especially in my career.
I was successful in being able to return to driving, which has given me my life back. I am now back at work and enjoying my independence once again.
My story is one of success, but for many other stroke survivors, theirs is one of life changing results that leave them partially or totally dependant on others.
That's where Bristol Area Stroke Foundation step in. Having used them to help me I have met their dedicated team of professionals who work so hard with such passion to help stroke survivors like me to return to the best achievable outcome.
They help others… but we need to help them with much-needed funds. Please support me in my quest to raise money and help other stroke survivors return to a life that is worth living once again.