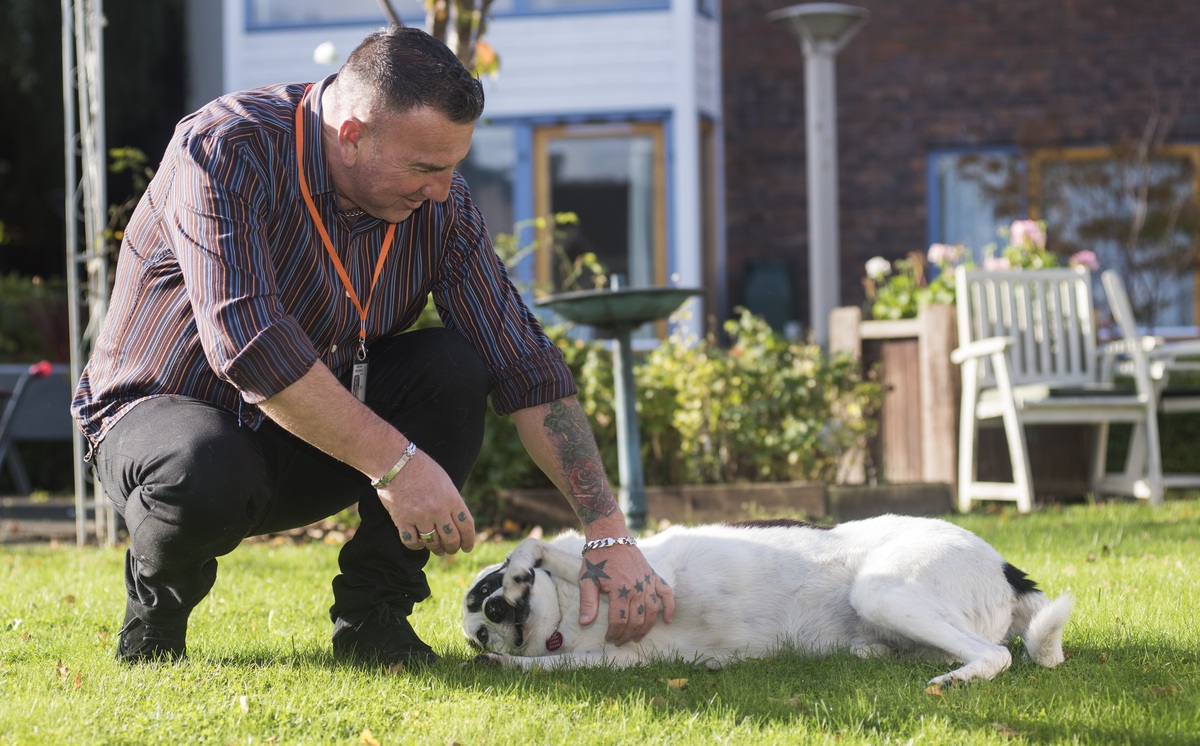 Now people listen to me

Being “locked in” and unable to communicate his thoughts proved to be the most frustrating aspect of a stroke for Jerry, but attending Bristol After Stroke's Conversation Group with others with Aphasia has opened up a whole new world for him.

"It was May 13, 2009 when I had my stroke. I was 45 when it happened, and though I hadn't lived a very healthy life, it still came as a bolt from the blue. I was actually in an AA meeting having given up drinking some time before. I began to feel really dizzy and went to the doctor who advised me to rest. That was at 12.45. By 5pm, the room was still spinning round, and a friend decided that he’d take me into the BRI. They took scans and kept me in overnight. When I woke in the morning I had no speech and I couldn’t move my right side.

People were talking to me, at me, but I couldn't talk back to ask questions or tell them what I wanted. They kept me on a ward with mostly elderly people in very poor health. In a short space of time, two people on my ward had died… it really unnerved me. I just wanted to get home and even though I hadn’t finished the treatment they wanted to give me, a friend signed me out.

From then on it was the uphill battle of attending therapy and slowly regaining my speech and movement. Once I was able to cook for myself I got back some of my independence, but I wasn’t getting out and I was still unable to communicate more than a word or two. I felt incredibly isolated.

Family would come to see me, run out of things to say, start looking at their watches and make an excuse to leave. All the time I was screaming in my head, “Please stay”.

After three years of speech therapy with the NHS, I got to the point where I could manage a few words on paper as well as in my speech… but not a sentence– and that’s where I am now. My thoughts are in there. But they don’t come out. It made me incredibly shy – who wants to wait while you string a few words together?

The breakthrough for me was being referred to Bristol After Stroke and joining a conversation group. Suddenly I with other people like me with communication problems, who knew what I’d been going through. I made friends with people who had lived with Aphasia for over 20 years. Even though all of us find it hard to speak I understand them and they understand me. We encourage each other, and make each other feel good about the progress we make. Now every week of my life is precious.

Bristol After Stroke did this for me, and it wasn’t long before I I felt able to give something back. Now I volunteer at the Fishponds Stroke Support Group, and I give talks to medical students, share my experiences and explain to them just how it feels to be locked in with a condition where your brain is still working perfectly well… but you just can’t express yourself. Hopefully that will inform their work and help other stroke patients in the future.

Now I have lots of things to say – and people want to listen to me."