A happy marriage - after stroke 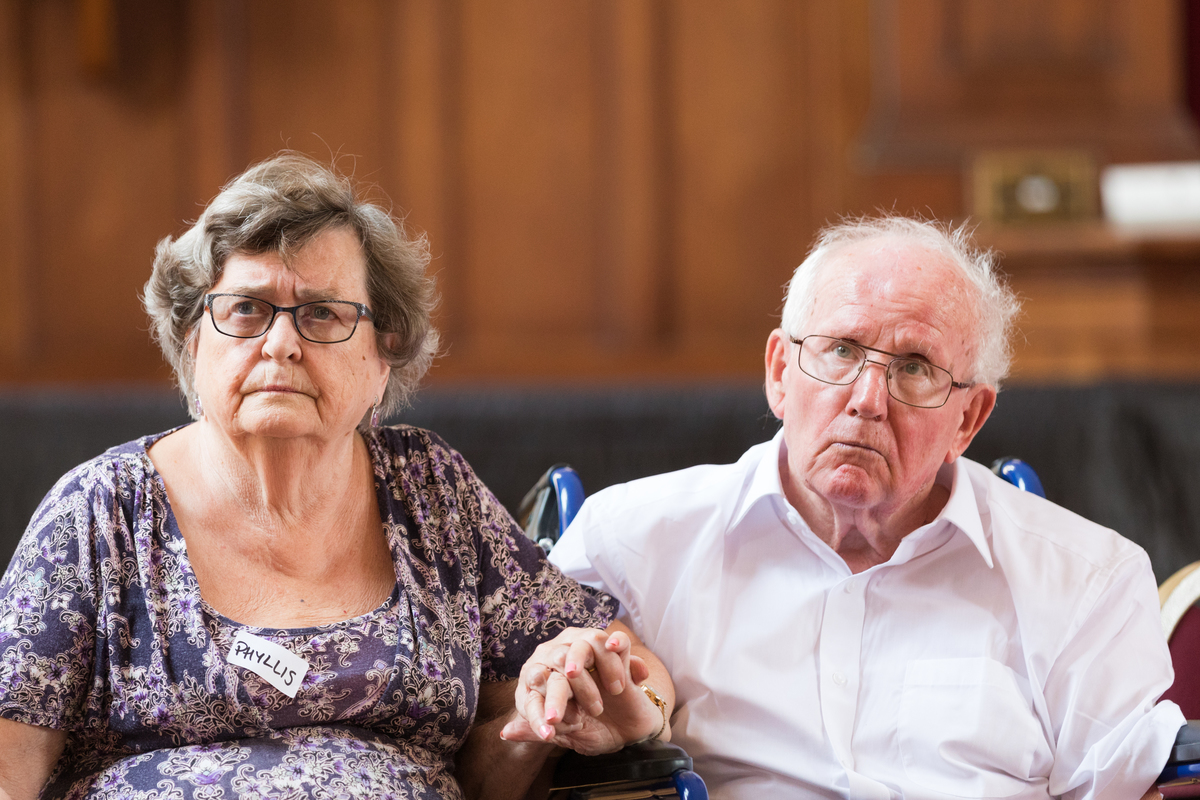 The secret to a happy marriage – even after stroke!

Peter & Phyllis are both 80 and have been married for nearly 60 years. They grew up close to one another in Brighton and met in their local hospital – both there visiting relatives! They moved to Bristol when Peter joined British Aerospace. This year they are preparing to celebrate their Diamond Wedding Anniversary with a cruise in September. Peter jokes that he’s trying to stay fit so he can enjoy the trip.

Peter and Phyllis’ marriage has been tested in recent years after Peter had a series of TIAs that have left him with mobility and balance difficulties. He is trying to learn to walk again but finding it increasingly hard. He relies on Phyllis to push him out and about in his wheelchair. As keen and active parents, grandparents and great-grandparents, former ramblers, the couple are sad not to get out and about as much as they used to. They are stalwart attendees of Bristol After Stroke’s monthly Bristol Café at the St Monica Trust in Westbury-on-Trym using the offered community transport to get them there.

Like so many people, Peter and Phyllis remember vividly the day they first realised there was going to be such a change in their life together. Peter was getting up one morning in March 2016 and found he couldn’t move and then fell to the ground. Phyllis immediately called an ambulance. Peter was admitted to Southmead Hospital and underwent tests but was discharged after being diagnosed with a TIA. The next day it happened again, and then several more times, with his health and mobility declining each time. Peter jokes that the doctors told him, after a scan, that he had “brain wasting”! Continuing health scares associated with the stroke symptoms did leave Peter feeling low and he has benefited from a short course of counselling with Bristol After Stroke’s Lead Counsellor who has a lot of experience with stroke specific issues.

They credit their continued happiness together – despite the limitations they face – to their long marriage and the plenty of offers of support they’ve had from family, friends, Bristol After Stroke and other agencies – and they can always be seen laughing together and with their friends at the Stroke Café.